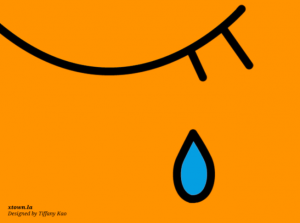 A surge in hate crimes has sparked alarm in Los Angeles and across the country. Last month, California Attorney General Rob Bonta released a special report showing that anti-Asian hate crimes increased by 107% in the state in 2020. In Los Angeles, anti-Black hate crimes soared by 90% in the first five months of 2021.

A rise in hate crimes directed at another group has also been troubling. In the first six months of 2021, there were 43 hate crimes targeting Jewish people, according to Los Angeles Police Department data. That is a 59.2% increase from the same timeframe last year, and more than double the number of incidents in a comparable period in 2018. 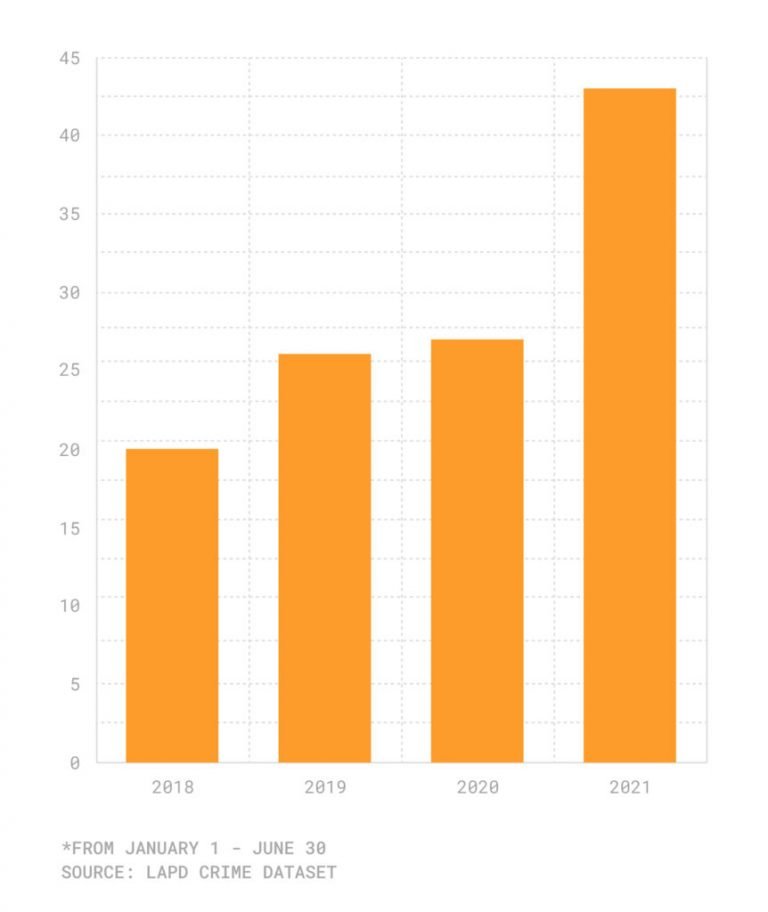 “What’s been especially troubling is the frequency, intensity and brazenness of the antisemitic hate crimes recently,” said Sam Yebri, an attorney who is active in the local Jewish community.

Yebri, who is running for the open District 5 City Council seat in 2022, added, “There has been an explosion of hate of all kinds, especially anti-Semitism, on social media over the last two years that has generated a focus, whether it’s on the far left or the far right, on Jews.”

There are numerous reasons for the increase of attacks on Jewish Angelenos. One factor is the overall rise in intolerance; in April alone, the LAPD recorded 62 hate crimes, the highest monthly total in the city in at least a decade.

The LAPD defines a hate crime as “any criminal act or attempted criminal act directed against a person or persons based on the victim’s actual or perceived race, nationality, religion, sexual orientation, disability or gender.”

These are not to be confused with “hate incidents,” which typically include instances of abuse involving racial, gender or sexual-orientation bias, but do not result in a formal crime report.

The estimated 600,000 Jewish people living in Los Angeles gives the city one of the largest Jewish populations in the world. Much of Jewish life is concentrated in tight-knit communities in neighborhoods such as Pico-Robertson, Fairfax, Beverlywood, Beverly Grove and Westwood. The communities contain numerous kosher markets and synagogues, and many Orthodox Jews are readily identifiable when they wear traditional clothing.

Anti-Jewish attacks made up 14.6% of the 295 hate crimes reported in Los Angeles in the first half of 2021. Jewish people were the third most-targeted population; 25.5% of the reports were listed as “anti-Black or African American,” and the LAPD classified 16.3% of the hate crimes as “anti-Hispanic or Latino.”

Another likely reason for the rise in antisemitic activity is repercussions from the ongoing Israeli-Palestinian conflict and intense fighting in the Middle East. On May 18, five Jewish diners were physically attacked in Beverly Grove by a group that, witnesses said, drove by flying Palestinian flags and shouting anti-Jewish slurs. The attack was filmed by an onlooker and went viral.

While that attack generated national attention, not all incidents have resonated to such a degree. Rabbi Yonah Bookstein, of the temple Pico Shul, said a rock was thrown through a window at his synagogue five years ago. He said he didn’t think much of it when it happened because, “it wasn’t such a hyper-vigilant time.”

“Because of the increase in hate crimes, now everyone is just on edge,” Bookstein said.

Los Angeles is not an outlier. There have been increased antisemitic attacks in New York City and numerous other locations.

“Over the last four years, and leading into 2021, we have seen an emboldenment of extremists,” said Ariella Loewenstein, deputy regional manager at the Anti-Defamation League Los Angeles. “A central part of conspiratorial views that fuel extremist violence is anti-Semitism.”

The situation could be even more severe than the data show. Hate crimes are generally underreported, often because victims are fearful, or do not trust that police will do anything about the situation.

California officials are trying to rectify that. In his report, Bonta  announced new guidance to help the public and law enforcement understand and prevent hate crimes.

Locally, some members of the Jewish community say police are treating the situation seriously, though they recognize only so much can be done against extremism.

“In terms of protection, the LAPD has been incredibly responsive and understanding in allocating resources to protect Pico-Robertson, La Brea and other heavily Jewish communities,” Yebri said. “But their resources are spread thin.”

Pico Shul’s Bookstein, like Yebri, said the law enforcement response has been strong, but he has conflicted feelings.

“The good news is that crimes against Jews are investigated and taken seriously,” he said. “But who wants to be in a situation where we’re always thanking the police for arresting the guys killing us?”

How we did it: We examined LAPD publicly available data on reported hate crimes from Jan. 1, 2018 to June 30, 2021. For neighborhood boundaries, we rely on the borders defined by the Los Angeles Times. Learn more about our data here.

LAPD data only reflects crimes that are reported to the department, not how many crimes actually occurred. In making our calculations, we rely on the data the LAPD makes publicly available. LAPD may update past crime reports with new information, or recategorize past reports. Those revised reports do not always automatically become part of the public database.

Want to know how your neighborhood fares? Or simply just interested in our data? Email us at askus@xtown.la.

Please note: this article was originally published in Crosstown.