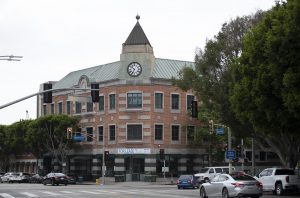 All four candidates said they would work to improve mental health services.

However, connecting populations that tend to be unhoused – like LGBTQ+ youth and survivors of domestic violence – to services that address their individual needs is equally as valuable, added Epstein, a former Mid City West Neighborhood Council chair and the founder of the Midtown Los Angeles Homeless Coalition.

Biblarz, Epstein and Yebri said criminalizing people experiencing homelessness will not solve the housing crisis. Focusing on prevention and checking in with those accessing social services about their housing status is important to addressing homelessness, added Yaroslavsky.

The candidates also discussed their policies surrounding the housing crisis.

In Los Angeles County, 79% of extremely low-income households are paying more than half of their income toward housing costs in comparison to 3% of moderate-income households, according to a 2020 Affordable Housing Needs report from the California Housing Partnership, a non-profit aiming to provide housing for working families, people experiencing homelessness, veterans, seniors and people with disabilities.

Yebri, board member of several non-profits – including Bet Tzedek Legal Services and the Jewish Community Foundation – and a worker’s rights attorney, said he would prioritize subsidizing workforce housing near transit and other commercial corridors for middle-class Angelenos.

Both Yaroslavsky and Epstein supported updating outdated community plans and encouraging local control of housing. There are housing projects all across the district that lack coherent planning, Yaroslavsky added.

Biblarz said that subsidizing affordable housing and cutting back on regulations are not enough to address housing supply issues. He added that solving the crisis is about developing a housing production system that goes beyond using subsidies to create affordable units.

Finally, the candidates closed with their plans for boulevard development in the district.

Yebri said he would encourage developing parking spaces and outside dining in the district’s boulevards. He added that he would also support building more sustainable-use apartments in place of the oil and gas well in Pico Robertson.

Yaroslavsky said she would like to make boulevards safe by establishing protected bike lanes, slowing down cars and securing intersections. Both Yaroslavsky and Yebri said they would also create more green space in these areas.

The commercial density of Larchmont Village is a model for reimagining boulevards, Biblarz said. He added he would implement creative message strategies that speak to families and their children’s housing situation post-college to increase community members’ willingness to build housing units in urban areas.

The primary to replace the current Councilmember Paul Koretz will take place June 7, with the general election occurring Nov. 8.

Please note: this article was originally published in the Daily Bruin.