We all know it. We see it every day on our streets and in our neighborhoods.

City Hall and the County Hall of Administration have been overrun by blatant corruption, cronyism, and nepotism. Three out of fifteen City Councilmembers (and one former County Supervisor) face federal prison for shocking corruption charges.

Career politicians are busy enriching themselves and their families while homelessness is exploding (spiking 80% in five years), gun violence is raging (up 70% since last year), and our streets, parks, libraries, neighborhoods, and small business districts are deteriorating before our eyes.

It’s long past time for change. Real change. It’s time for Angelenos to elect new leaders who will reform City Hall and restore the public’s trust.

The status quo is not working for anyone in Los Angeles – except political insiders. We need to elect true reformers who will serve their constituents and fight to bring real change to City Hall, not more insiders who serve only themselves and who perpetuate this corrupt system.

Sunlight is the best disinfectant for political corruption. It is time to bring in the sunlight. 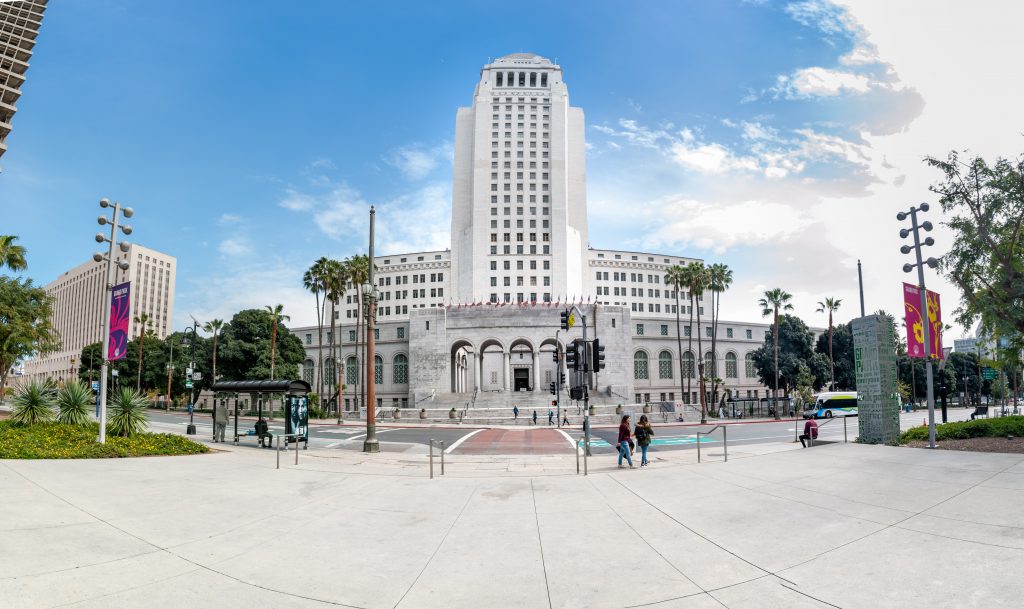 1. Ethics Reform. We need an aggressive, independent City Ethics Department. Right now, the fox is guarding the hen house. The Mayor and City Council appoint the very commissioners tasked with holding the Mayor and City Council accountable. In fact, even before they are appointed, Commissioners are required to submit to the Mayor a signed, undated letter of resignation, allowing them to be removed immediately if they ever cast a vote that displeases the Mayor.

I will fight to empower the Los Angeles City Ethics Commission and Los Angeles City Controller’s Office with true independent oversight authority, including strengthening the subpoena powers for both offices, providing robust funding streams for both offices that would not require City Council approval, and requiring the appointment of truly independent and highly qualified Ethics Commissioners such as former prosecutors and retired judges.

The size of the budget and staff of the Los Angeles Ethics Commission pales in comparison to that of other major cities. Once elected, I will introduce legislation to increase the size, budget, and scope of the Ethics Commission so it has the tools to do its job.

2. Campaign Finance Reform. Money in politics is corrosive, and as we have seen, oftentimes corrupting. It’s time for real campaign finance reform, not political theater masquerading as such. Los Angeles should follow other California cities in banning all contributions from non-individuals, real estate developers, and other special interests with business before the city. We must stop donors from buying political influence through murky LLCs and other business entities that conceal the identities of donors and make it difficult to determine who is actually donating and whether contribution limits have been violated.

We must also expand our public financing of campaigns so the insider class cannot continue to use their nepotism, cronyism, and significant resources to endlessly elect, re-elect, and swap seats with each other. We must also do more to regulate the “bundling” of contributions by lobbyists, “behested” donations made at the request of an elected official, and hidden discretionary spending by Councilmembers.

This is why, at the outset of my campaign, I rejected all contributions from real estate developers, oil and gas companies, billboard companies, cannabis companies, corporate entities, PACs, and special interests of any kind that have business before the city. I am proudly leading by example.

3. Planning and Land Use Reform. Our city’s plodding system of planning and approval of development projects is broken, inefficient, and invites corruption. Land use policy should be set at the Community Plan update level, empowering stakeholders in local neighborhoods, not lobbyists in backrooms. Career politicians on the Los Angeles City Council have far too much unchecked discretion to reward their political donors and punish their perceived opponents. Meanwhile, the timeframe for City agencies to approve much needed affordable and workforce housing projects in Los Angeles is far too long and uncertain. In the coming weeks, I will share my plans for widespread housing reform to make it easier, faster, and more cost-efficient to build desperately needed affordable and workforce housing in Los Angeles.

5. City Council Reform. With the population of each Los Angeles Council District the size of cities like St. Louis and Orlando, Councilmembers are increasingly disconnected from the neighborhoods they represent. Los Angeles lags significantly behind every other major American city in the ratio of representatives to constituents. Over the last century, the population of our city has grown from 600,000 to 4 million. Yet the number of Council Districts has remained the same. It is no wonder that Council Members spend their time currying favor with lobbyists and political insiders rather than being responsive to the communities they serve. If we want to hold City Hall accountable, then Council Members must come from and know the communities they represent. To ensure this, Los Angeles should expand its number of City Council Districts. This long overdue reform will increase accountability, provide neighborhoods with a stronger voice in City Hall, and elect a more representative and responsive City Council.

6. Robust Conflict of Interest Disclosure and Recusal Policies. With several former registered lobbyists for developers running for LA City Council, significant actual and potential conflicts of interest will arise. Unfortunately, the City’s current conflict of interest policies are woefully inadequate. That is why former Councilmember David Ryu introduced a motion in August 2020 that the City Council passed instructing the LA City Ethics Commission to study recusal models from other jurisdictions and to “make recommendations for the Council to enhance the city’s conflict of interest policy and potentially expand the universe of conflicts that require recusals by City officials.” The motion specifically referenced the robust conflict of interest policies of LA Metro.

Unfortunately, according to the Council File, the Ethics Department has still not completed its report.

You can see where this is going. If Developer Client A then lobbies Councilmember X seeking permits on that very same development project, Councilmember X now has an actual conflict of interest. Currently, the City of Los Angeles lacks adequate guardrails to require disclosures by, let alone the recusal of, Councilmember X in this scenario. This lack of transparency and accountability erodes confidence in the decisions of City Hall.

Robust guidelines preventing conflicts of interest are necessary to restore trust in City Hall and make sure the best interests of Angelenos are always put first.

As the next Councilmember for CD5, I will develop robust conflict of interest policies, including:

Where necessary, I will fight to bring these critical reforms directly to the voters in the form of ballot amendments to our City Charter. We cannot rely on the City Council to reform itself. Nothing less than the future of Los Angeles is at stake. It’s time to bring sunlight to our city government. Let’s get to work.

I hope you will join our movement for a better 5th District and Los Angeles!