Fundraising Is Underway for the 2022 Local Races. Here’s Who’s In the Lead 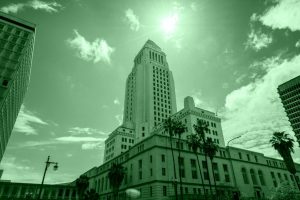 After the November election and the ensuing political tumult, the last thing most people want to think about is voting again. However, the next slate of city elections is on the schedule and the first big deadline has been reached.

By January 31, candidates for mayor, city attorney, city controller, and eight council seats were required to submit their fundraising reports for the latter of half of 2020. The primary election is on June 7, 2022, (with runoffs in November) and the financial details are posted on the website of the City Ethics Commission.

The figures paint a portrait of where races stand at this moment. However, the dollar signs are far from definitive. Votes, not dollar bills, ultimately count, and it’s hard enough to raise cash for a political campaign, let alone during a global pandemic. Further, the push by local candidates in the latter half of last year came as donors were being hit up by people running for seats across the country.

Here is a look at some of the most interesting elements in the L.A. fundraising race.

Thirteen people have filed papers to raise money for the mayor’s race, and most Angelenos have probably never heard of 12 of them. By Tuesday afternoon only one of that dozen had reported figures to the Ethics Commission; Jamila Sozadah raised $11,460.

Then there is current City Attorney Mike Feuer, who pulled in just over $400,000 in the last six months of 2020. Feuer’s cumulative $418,000 gives him a solid opportunity to spread his message as he seeks to replace a termed-out Eric Garcetti.

Disclosure forms reveal a sizable number of donors who gave the maximum amount of $1,500; this includes a bevy of business executives and a small army of attorneys, which makes sense, given Feuer’s current job.

Perhaps the most interesting element in the mayoral tallies, however, is what’s missing: City Hall watchers are waiting to see if figures including councilmen Mark Ridley-Thomas, Kevin de León, and Joe Buscaino throw their respective hats into the ring, and if mall master Rick Caruso will run. Each of them could assemble a sizable war chest.

Candidates for City Attorney don’t raise as much as mayoral aspirants, but reaching the runoff will likely take millions. The financial leader is Rick Chavez Zbur, executive director of the LGBTQ civil rights organization Equality California; the $26,500 he raised in the last six months of 2020 gives him $281,000 in total. That puts him ahead of attorney and nonprofit chair Teddy Kapur, who boasts $180,000, and Assistant U.S. Attorney Marina Torres, whose total stands at $132,000.

All three have the capacity to make inroads with voters, but so does Kevin James; the longtime president of the city Board of Public Works launched his campaign for the seat last month. James is tight with Garcetti and those who have supported the mayor. Don’t be surprised if his first reporting period is huge.

City Controller is one of the most important jobs in Los Angeles. The Controller—currently Ron Galperin—signs the checks of city employees and plays a leading role in ensuring municipal fiscal strength. The Controller can also unleash juicy audits.

It’s a plum gig, but no candidate has yet to distinguish themself financially. Termed-out District 5 Councilman Paul Koretz is the biggest name in the race, and the $133,000 he raised in the last six months, and his $161,000 cumulative total, is a nice starting point, but it won’t scare away any competition. David Vahedi, the CFO of a media buying company, is in striking distance after raising $101,000 in the last six months (he has $104,000 total). Kenneth Mejia, a CPA who will push a progressive agenda, has pulled in $23,000.

If there’s a stunner in the disclosure statements, it’s in the race for the open District 5 seat. Sam Yebri, an attorney and first-time candidate, has blitzed the field, pulling in $322,000. Not only has he outpaced his five competitors, he has more than any council incumbent running for any seat. In fact, the only local candidate who raised more money than Yebri in the latter half of 2020 was Feuer.

Raising money for a council race is even more difficult than a citywide seat, as individual donations are capped at $800. Yebri’s donor list features a hefty contingent of lawyers, and other contributions comes from university professors, physicians, business execs and community members. He has pledged not to accept money from real estate developers, as well as oil, gas, billboard and cannabis companies.

The race is far from over, and others candidates have respectable amounts, including Katy Young Yaroslavsky, an environmental advocate and policy director to Supervisor Sheila Kuehl, who netted $172,000; and Jeff Ebenstein, a Koretz deputy, who raised $160,000.

The race will be expensive and competitive, and multiple candidates will have the resources to spread their message. But Yebri’s war chest points to both sizable community ties and a potent campaign structure.

Battle in the Ninth

Nithya Raman’s November upset of District 4 Councilman David Ryu proved that a well-organized outsider with community ties and a progressive agenda can overcome an initial money deficit and topple a sitting officeholder. Most of the council incumbents running for re-election in 2022 have far outraised their competitors. However, the tallies in one contest hint at a potential challenge in the Raman-Ryu vein.

That is in District 9, which covers a large segment of South L.A. and rolls up to the Convention Center. Curren Price has held the seat since 2013, and claims the fundraising advantage.

However, Price’s $83,000 doesn’t give him much separation from the $53,000 raised by first-time candidate Dulce Vasquez. Vasquez, IDed on her LinkedIn page as the director of strategic partnerships for the office of the President of Arizona State University, has a litany of small donations, with many people writing checks in the $100 to $200 range.

A lot could happen in the next 16 months, and Price is a political veteran with plenty of connections and the ability to turbo-charge his fundraising machine. The coming process of redistricting city council districts could also tweak the field of voters and its demographic make-up.

Still, Vasquez’s start is impressive, and makes this a race to watch.