How Are the City Council Races Shaping Up? An Early Look at the Fundraising Figures. 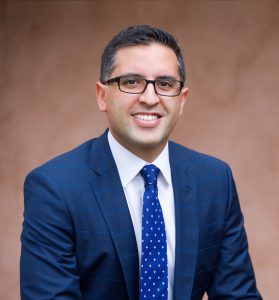 There are nearly ten months until Angelenos go to the polls for the next round of city elections, but in at least one respect, the race is well underway: There is a furious battle to raise money, as cash is the lifeblood of any campaign.

The latest fundraising and spending figures, chronicling activity in the first six months of 2021, were recently posted on the website of the City Ethics Commission, and Los Angeles dug into the hauls of candidates for mayor, city attorney, and controller. Today, the focus turns to those seeking to run in the eight City Council elections.

It’s worth noting that a monetary advantage, even a big one, does not guarantee victory. Nithya Raman’s upset win last year over District 4 incumbent David Ryu, when she was heavily outspent in the primary, is giving hope to a lot of first-time candidates, especially those courting progressive voters.

Here are six things to know about the candidates, the money totals, and the June 2022 primary.

Dozens of people have filed papers to raise money for a council run (many ultimately will not qualify for the ballot). No one has pulled in more cash than District 5 hopeful Sam Yebri, whose $197,000 in the recent reporting period gives him a total of $520,000. In fact Yebri, an attorney who is seeking to be the first Iranian-American elected to office in the city of Los Angeles, has a $161,000 advantage over the person with the next highest total.

Unlike citywide posts, where people can give up to $1,500, the maximum donation to a council candidate is $800, making the climb to financial heights even more difficult. Yebri’s disclosure forms show a battery of donations, including recent gives from figures including media executive Haim Saban and film director Jason Reitman. Yebri has a staggering $433,000 in cash on hand as of June 30.

Yebri may be the pacesetter, but the second-most prolific council aspirant is also aiming to succeed termed-out District 5 rep Paul Koretz. Katy Young Yaroslavsky, a deputy to County Supervisor Sheila Kuehl, pulled in $186,000 in the first half of 2021, giving her a total of $359,000. Her cash on hand is a mighty $324,000, and her disclosure forms show donations from architects, doctors, business executives, lawyers, environmental leaders, writers and more. She’s positioned to go toe-to-toe with Yebri.

Yet there is even more competition for the seat! L.A. native and UCLA Law School lecturer Jimmy Biblarz, who is hoping to bring a progressive edge to Westside politics, raised $113,000 in the last six months (including a $37,000 personal loan to his campaign). Public policy professional and neighborhood council chair Scott Epstein has notched $39,000. Molly Basler, who is pushing an environmental agenda, has raised $32,000. This trio trails the two leaders, but there are many months to go and much can happen.

No council candidate, incumbents included, raised more money in the first half of the year than Tim McOsker, who is seeking the District 15 seat, currently held by Joe Buscaino. McOsker is a longtime political player whose resume includes serving as chief of staff to Mayor Jim Hahn and lobbyist for the police union. Perhaps the only thing more impressive than the $316,000 the San Pedro resident reeled in is that he hooked all those donations in less than three months—he only launched his campaign in mid-March, after Buscaino announced he would give up the seat to run for mayor.

McOsker’s donation list contains hundreds of $800 max gives, and he has dozens of donations from lawyers, business executives and real estate players.

Others are angling for the chance to represent the southern tip of L.A., but no one else is even approaching six figures. The highest tally belongs to Danielle Sandoval, a former neighborhood council president; she has raised $45,000, including a $37,000 loan to her campaign.

District 9 officeholder Curren Price raised $83,000 in the latter half of 2020, and rookie candidate Dulce Vasquez shocked many when her $53,000 put her fairly close to the incumbent. Price appears to have gotten the message that the race is no gimme, and hit the fundraising circuit in the first half of the year, grabbing $183,000. The two-term council member and veteran of the state legislature has now pulled in a total of $267,000 and his campaign looks ready to roll; he’s got about a gazillion max donations, with ample support from the real estate industry.

Price’s $234,000 in cash on hand dwarfs the $90,000 in Vasquez’s account, but the $85,000 she raised in the first half of the year shows she is firmly in the game, and a July fundraiser held at the home of former Mayor Richard Riordan will help spike her tally in the current fundraising period (it runs through the end of the year). Like many new office seekers she has relatively few max contributions, which depending on how you spin it means either that she has less to spend than Price, or that she has the potential to go back to those individuals for more donations as election day approaches.

Watch this race. It should be one of the most fascinating on the ballot.

District 13 Councilman Mitch O’Farrell divided Angelenos when a huge tent encampment at Echo Park Lake was shut down in the spring. Although some praised him, others predicted it would be the start of his demise with an election approaching. So far O’Farrell looks bulletproof, at least on the financial front. He raised $177,000 in the first half of the year, giving him $287,000 in total. A cascade of real estate players donated in the recent reporting period, and he also notched an intriguing entertainment industry triple with $800 donations from Warner Brothers Entertainment, Sony Pictures, and Disney Worldwide Services Inc.

No one else running for the seat has more than $17,000. Again, things could change in the coming months, but right now the two-term incumbent looks comfortable.

Four on a Roll

People love to complain about politicians, but four incumbents—Gil Cedillo, Bob Blumenfield, Monica Rodriguez, and Mike Bonin, who represent, respectively, districts 1, 3, 7, and 11—all currently face little threat, at least from a fiscal perspective. Each has raised at least $86,000, and the only one at this point with anything resembling a challenger is Blumenfield. His $113,000 is more than five times that of educator Yasmine Pomeroy. She is far behind with $22,000, but is courting the progressive crowd that last year pushed Raman to victory.

Please note: this article was originally published in LA Magazine.