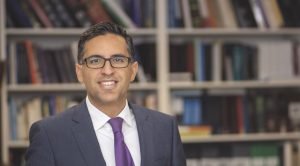 The primary contenders are battling for the Benjamins. Here are the latest financial figures in a battalion of contests.

The June primary is in just over four months, and candidates are scrambling for campaign donations. While the mayoral contenders are earning most of the attention from well-heeled donors, some hefty sums are flowing to people hoping to fill 10 other city seats.

A deadline arrived Jan. 31, when candidates had to file financial disclosure forms with the City Ethics Commission detailing how much they raised and spent in the latter half of 2021. On Wednesday Los Angeles looked at the mayoral financial tote board. Here, we dig in to who’s getting money, and where it’s coming from, in other key races.

In the 2013 primary, the collection of candidates running for City Attorney, City Controller and the eight council seats in odd-numbered districts raised a total of $9,088,105. That could look like couch cushion money by the time the current campaign ends. Through Dec. 31, the crowd seeking those same offices had collectively raised $9.3 million. That leaves more than five months of fundraising calls, and with plenty of competitive races, the candidates will be swarming. One can almost pity the people on phone lists who will be asked, again and again, to contribute.

Seven people are running hard for City Attorney. On the morning after the June 7 election, two will advance to the runoff, and five will be questioning how they spent what amounts to small fortunes.

As of Dec. 31, the field had generated more than $2.8 million. The “leader” is Vermont transplant and progressive candidate Faisal Gill, but look closely—his $886,000 war chest includes $605,000 he loaned his campaign. On the one hand, any cash is good cash. On the other hand, it doesn’t demonstrate deep financial support across the city.

In short, a bunch of legal minds are bunched together cash-wise. It will be fascinating as they all strive to stand out from the field.

It’s hard to raise money for the City Controller race when the mayoral and other contests cast such a large financial shadow. But some notable sums are flowing to those aiming to be L.A.’s next fiscal watchdog.

The money leader is also the machine candidate, current District 5 Councilmember Paul Koretz. He yanked in $140,000 in the latter half of 2021, giving him a potent $466,000 (including a $51,000 loan). A batch of labor unions contributed the maximum $1,500 in the most recent reporting period. Curiously, Koretz also got $1,500 from music mogul Irving Azoff.

Pay attention to Kenneth Mejia, a progressive candidate who has raised $152,000, and whose $66,000 in the most recent period continues his proclivity to secure a wealth of small donations. His disclosure forms are full of contributions of $100 and less, meaning these are people who could contribute again. That said, Team Mejia is burning through money, and after spending $120,000 to date, his cash on hand is $36,000.

Also, don’t sleep on Reid Lidow. The San Fernando Valley native, whose resume boasts the unique factoid of working for both Mayor Eric Garcetti and former U.K. Prime Minister Gordon Brown, raised $84,000 in just a few months. He has a number of contributions from business executives and $67,000 in cash on hand. It’s a more-than-solid launch point.

Breaking the Bank in District 5

Perhaps the most exciting council race is in District 5, where candidates seeking to succeed the termed-out Koretz have already generated $1.64 million in contributions. That is more than twice the total of any other council race.

Attorney Sam Yebri has held the cash advantage from the early stage, and continues to make jaws drop. He secured $163,000 in the most recent reporting period for a total of $683,000—more than any council contender for any seat—and that’s with refusing donations from real estate developers and political action committees. His disclosure forms show a wide swath of donors, from CEOs to chiropractors to a dishwasher.

He continues to be closely trailed by Katy Young Yaroslavsky, who also had a strong reporting period, with $149,000, bringing her to $508,000 to date. Like Yebri, she has dozens of $800 donations (the maximum contribution for a council race) from people working in a plethora of fields.

Running From the Left

Nithya Raman’s 2020 upset win over council incumbent David Ryu set a new path for progressive candidates in Los Angeles. Now, a cadre of challengers are hoping to star in a sequel.

That includes a leftward swing from District 9 candidate Dulce Vasquez, whose $74,000 in the most recent reporting period brings her to $211,000, which has to draw the attention of incumbent Curren Price. The two-term council rep has raised $366,000, and his $306,000 in cash on hand dwarfs Vasquez’s war chest of $119,000. Price is the favorite, and has deep connections, but Vasquez has the resources to give him a challenge.

Also intriguing is District 13. Incumbent Mitch O’Farrell is battle tested and has raised a potent $408,000. He’s the frontrunner as he seeks to secure a third term in the Eastside district. But he faces competition from Kate Pynoos and Hugo Soto-Martinez. Pynoos, who has been a deputy to progressive Councilmember Mike Bonin, has notched $131,000 (including a $20,000 loan), and Soto-Martinez, a labor organizer, has pulled in $140,000. Pynoos’ $110,000 in cash on hand is nearly triple the $42,000 Soto-Martinez has to spend, but Soto-Martinez has an important endorsement from Ground Game L.A., which helped organize the volunteers who powered Raman to victory.

Don’t ignore District 1. Two-term incumbent Gil Cedillo can chest thump with $410,000 raised to date, but he got pushed into a runoff in his last re-election bid. Progressive candidate Eunisses Hernandez raised $61,000 in the last reporting period. She too is backed by Ground Game L.A.

For all the cash that has been raised, much more will be spent. The city has boosted the amount of matching funds available, and council candidates who secure enough small, local donations can qualify for up to $161,000 in the primary. Meanwhile, City Attorney hopefuls can each get up to nearly $500,000, and Controller aspirants can receive $428,000.

To state the obvious, it’s votes, not fat bank accounts, that win elections. Electoral graveyards are filled with the corpses of sharply dressed candidates who had cash advantages but died at the ballot box. Big checks help, but it takes a compelling message and connecting with voters to win the day.